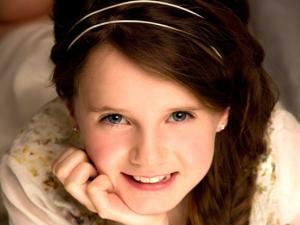 The young singer announced that she’ll use 50 percent of her fees, which she will earn with her first international performance during the the Starlight Classics Concerts in Vergelegen, to build the playground of her dreams.

“This is something she could do the rest of her life. She doesn’t know yet what her career will look like, but while she’s still young she already learns that it’s nice to keep something for yourself, but also to give to other chldren.” according to Amira’s mother Frieda Willighagen, who originates from South-Africa.

Mother Willighagen remembers quite well that time she took her daughter (then aged 7) to Ikageng, and how shocked Amira was when she realized that the children there didn’t have a place to play.

Directly after winning Holland’s Got Talent, Amira said that she wanted to build playgrounds. “She actually wanted to do it. She thought it’d cost a lot of money. I also told her that it wouldn’t go quick and probably would take multiple years.”

Today it looks like construction will start off much quicker thn foreseen, as a toy manufacturer, Jolly Jungle Gym, already received an order from Famous Concerts to install play sets, so Amira can already see her dream being realized, even before she heads back home to the Netherlands.