Amira’s performance together with André Rieu and his Johann Strauß Orchestra can be called a big success. 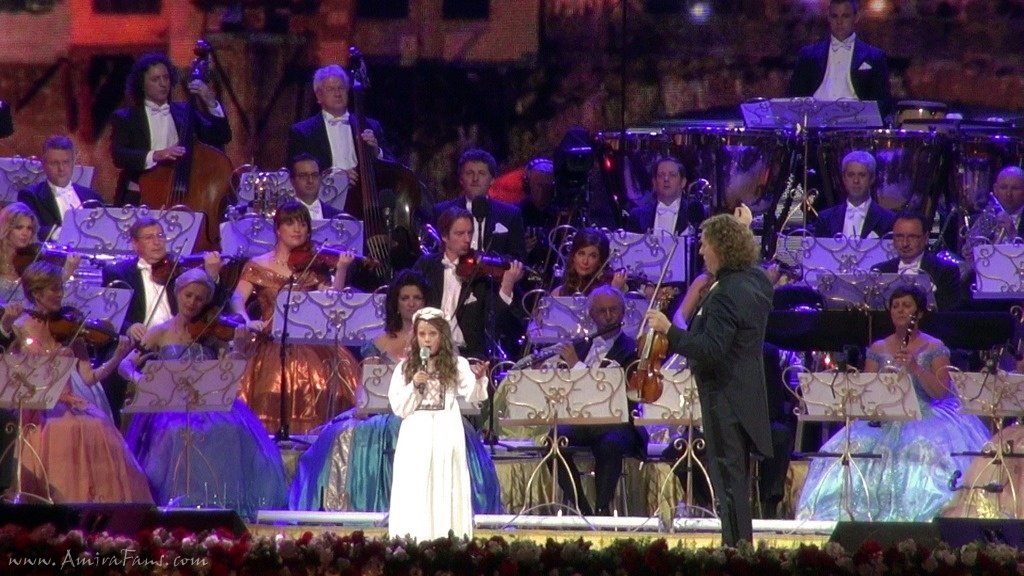 On Friday 11th and Saturday 12th July, Amira (10) sparkled at the Vrijthof (Big Square) in Maastricht, where she performed both nights as a guest of André Rieu and his Johann Strauß Orchestra, in front of an audience counting no less than 14.000 music lovers.

During both nights Amira enchanted the audience with her beautiful voice, while singing an extra long version of O Mio Babbino Caro, which is still one of her absolute favourites. As is often, Amira’s performance caused a standing ovation. 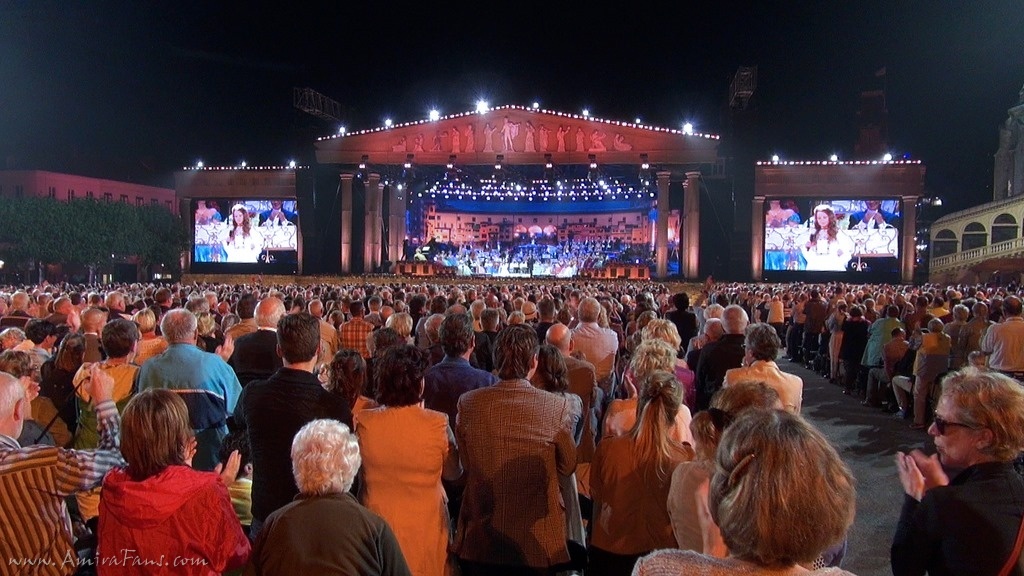 In the first week of July, Amira visited Maastricht to rehearse with André Rieu and the JSO, and to prepare for these performances. Shortly after winning Holland’s Got Talent Amia already got invited to perform with Rieu at the Vrijthof this summer, and during HGT, she already attended a master class from Rieu in London.

UPDATE: September 1st 2014: We have added an excerpt of our footage of Amira’s performance on Friday July 11th.