A dream comes true for the 9-year-old winner of Holland’s Got Talent. The world initially found out about Amira Willighagen after her sensational audition for the TV-show Holland’s Got Talent in october 2013 went viral on YouTube, with not less than 15 million hits! It was not surprising that this talented 9-year-old eventually won.

This remarkable young lady traveled to South-Africa to launch her very own charity project by building a playground for the children in the township of Ikageng, close to Potchefstroom.

A full collection of playground equipment such as roundabouts, swings, seesaws, slides and climbing frames has already been ordered. All will be installed in a park that has been allocated and prepared by the city council of Tlokwe. There, Amira will hand over her donation, which consists of not less than half the fees she earned last weekend during her performances at the Starlight Classics Concerts,  generously supplemented by the Rand Merchant Bank (RMB), First National Bank (FNB) en KLM Royal Dutch Airlines.

On Wednesday March 5th the project will be launched and, together with the children of the township, Amira will commission the playground. This talented young lady with her great voice and even bigger heart reaches the goal she set for herself when she was only 7 years old, and contributes in her own way to a local community in need of help. 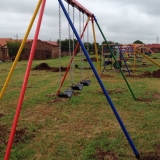 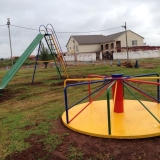 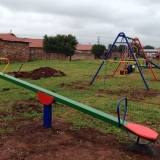