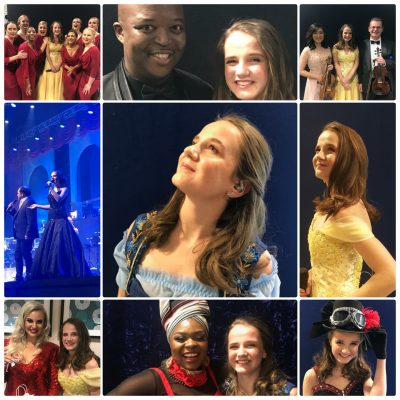 Amira shown a professionalism in the show where many artists would have failed. Amira didn’t!!

She and I, as well as the fans, had great expectations of this concert. It was a disappointment.

Classics is increasingly going to the side of pop music, a horror for Amira. Classical, easy listening and various musicals, that’s her thing.

That is where she can excel. Pop music is not her thing, as she once said in an earlier interview.

Unfortunately, I cannot make this story more beautiful. It is as it is.

If you like pop from the 70’s and 80’s, then I recommend that you should buy this DVD as soon as it is available.

If you are more interested in the more classic genre, this is the worst Classics so far.

Amira was TOP!! A true PRO