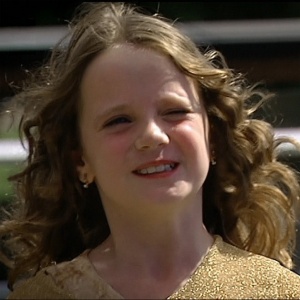 Amira Willighagen (Nijmegen (the Netherlands), March 27 2004) showed already at the age of 9 her talent as an opera singer. She demonstrated this by participating in and eventually winning the TV-show / talent show Holland’s Got Talent 2013 (the Dutch version of America’s Got Talent), in the Netherlands broadcast by RTL. During her audition in the city of Zwolle, Amira already wowed the jury with her interpretation of the aria O mio babbino caro from Puccini’s opera Gianni Schicchi. Via YouTube, the video of that performance was viewed by the entire world and immediately drew a lot of national and international attention. Amira also attracted the attention of other musicians; after her audition she was invited by the world-famous violinist and orchestra director André Rieu, who invited her to follow a master class, for which she traveled to London.

During the semi-finals of Holland’s Got Talent, Amira interpreted the Ave Maria composed by J.S. Bach / Charles Gounod, which resulted in Amira reaching the finals. During these finals Amira won – with more than 50% of the votes of the TV-viewers and audience – by performing Nessun Dorma from Puccini’s final opera Turandot.

During the spring holiday of 2014, it’s Amira’s first international performance during the Starlight Classics Concerts at the Vergelegen wine estate in Somerset-West (near Cape Town in South-Africa). She donated half of her revenue to her very own charity project, from which the first playground for children in the township of Ikageng was built, which is close to Potchefstroom -where here relatives from mother’s side origintate from. Later that year, Amira’s very own charity organization, Gelukskinders foundation, is established in order to further support her charity work.

On March 22nd 2014, Amira’s first album is released and hardly after three weeks, Amira receives a Golden Record for selling the first 10,000 copies of her debute album Amira. In the summer of 2015, Amira records her second album, entitled Merry Christmas, which is released on November 21st of that year.

Meanwhile, Amira has recorded another two CDs: Merry Christmas (2015) and With All My Heart (2018). She also appears on Classics is Groot (2016-2017-2018) and Afrikaans is Groot (2016) albums, the former ones available directly via Amira’s Stichting Gelukskinders.

On January 1st, 2018, Amira moved to South Africa. After a period of acclimatisation to her new living environment and new school, she is now back to her normal activities, like singing and sports.

Behind the scenes, Amira is working hard to extend her repetoire, professionally supervised by her singing coach.

Besides singing, Amira likes sports, animals and she likes writing. Her favourite animals are turtles. Also, Amira is interested in many different other things and doesn’t know yet what she wants to do or become in the future.