Amira together with André Rieu at the Vrijthof

Already during Holland’s Got Talent Amira was intivted by André Rieu to follow a Master Class. Short after she was invited to perform this summer together with André Rieu and his Johann Strauss Orchestra at the Vrijthof square in Maastricht… And finally it´s going to happen, on friday July 11th and Saturday July 12th. 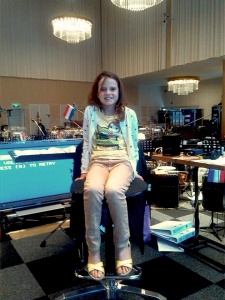 Today, this was announced at Amira´s Facebook page. Amira went two days to Maastricht this week, to rehearse with the Johann Strauss Orchestra at André Rieu´s studios. Rehearsals went very well and Amira enjoyed it a lot, so she said. How many and which songs Amira will perform, still remains a secret.

An inquiry at André Rieu Travel learned us, that at least on Saturday July 12th the concert will be recorded, to be broadcast one week later during the Cinema Concerts. It can be assumed that Amira thus will also be featured in the Cinema Concerts, although this could not be confirmed to us at the time of inquiring.

UPDATE: There will be a live webcam stream from the event via amira-online.com.