Finally, after a long, long wait due to Covid, Amira performed in front of an audience. For the audience, it was a big treat, for Amira – a joy to bring happiness to listeners with her voice. She performed at a fundraising event in Klerksdorp for the Rethabile Childrens’ Home. It took place on April 21st, 2021. 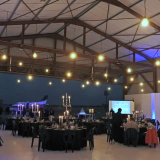 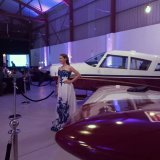 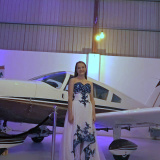 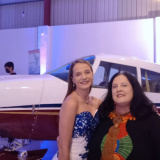 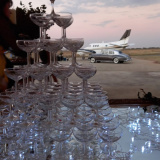 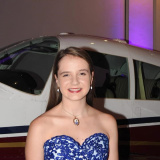 Amira sang three songs. The Sound of Music medley, The Lord’s Prayer and O Mio Babbino Caro. The last one was an encore after a standing ovation. Then, on request of a donor, she sang another song – Gira Con Me – in return for donating another big amount.

Amira performed in a small local airport hangar. Quite unusual, but so exciting for Amira, posing next to a plane. Amira enjoyed it very much, with crutches. She twisted her ankle last week, tripped over the cat…

For those who don’t know yet, the song Caruso from the This Is My Dream streaming concert has been uploaded to Amira’s Official YouTube Channel.