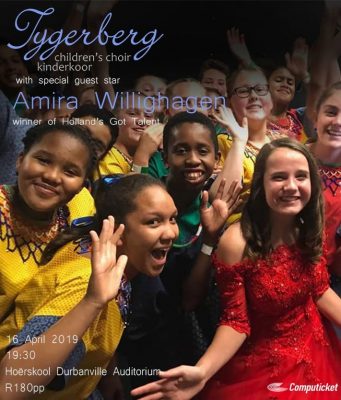 Here is the eyewitness report by Malcolm Norton. Oh, how we wish we had been there!

Last night a Force Ten {to the power of ten redoubled} tornado hit Cape Town leaving in its wake hundreds of socks blown off all the fortunate victims of its irresistible power. As a survivor I shall try to convey some impressions of the calamity. Calamitous, that is, for all those who weren’t afflicted by it, being far from the mouth- and eye-watering eye of the storm.

First, a gentle breeze was wafted by Durbanville High students performing impeccably selections from Aladdin, The Greatest Showman {which, incidentally, is the favourite film of Air Force One – of whom, more anon}, and other items, to warm applause. 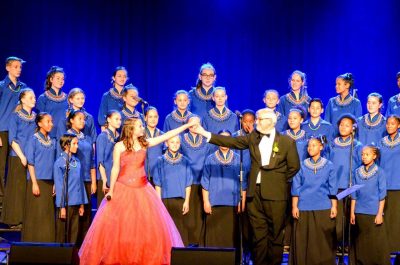 Next, the Tygerberg Children’s Choir under the direction – for the last time, sadly – of silver-haired maestro Hennie Loock. They were superb, as was the maestro.

But the best was yet to come, in the statuesque form of the pocket colossus renowned as the Nijmegen Nightingale, who entered to storms of thunderous applause; sang Hallelujah and Gabriella’s Song; and having lifted the roof, curtseyed, waved – and exited. 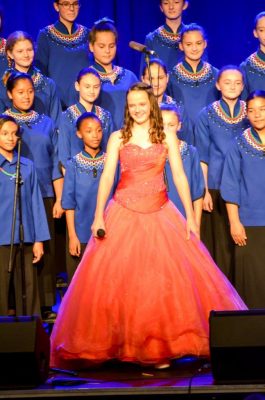 Once more, the Choir, enthusiastically received. And once more, enter the Star: two more songs, Plaisir d’Amour, with the Choir, and With All [Her] Heart. Again, curtseys, waves, smiles before departure, leaving the audience stunned. Lightning had struck, not twice, but four times, leaving even the lightning conductor thunder- and star-struck, I suspect.

The procedure was repeated to general delight approaching delirium as She returned again and again: OMBC, How Great Thou Art, Nella Fantasia, {“My power number!”} Nessun Dorma. And finally, You’ll Never Walk Alone [sung, not Alone, but with the Choir]; and having thanked the audience with her unfailing graciousness, she bade us farewell, to tumultuous applause.

But amid roared appeals for an Encore, and whispered consultations with the genial Mr Loock and manager Mike Fuller, to the joy of all, the Onse Vader. In which, by her invitation, supported by Mr Loock, the audience joined, acquitting themselves commendably. 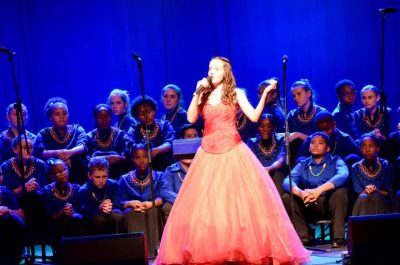 Other than that, seldom can any performer of her stellar magnitude have been so completely at ease with an audience. She enjoyed herself as much as anyone. Infected by her contagious love and laughter the enraptured audience laughed and loved in return, which is as it should be. Had this dedicated athlete run for Mayor she would have won, as she did HGT, by a landslide vote. 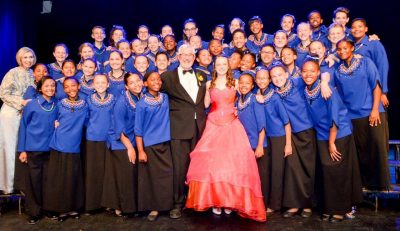 After the standing ovation she signed CDs in the foyer and exchanged a few words with hundreds of fans, submitting to being photographed, as always, with her amazing grace and good humour. And minutes before leaving, asked, after I confessed my preference for Plaisir d’Amour, Did you like Nessun Dorma? I replied that she had converted my dislike of Pavarotti’s rendition to such love of hers that the title applied to me: I might have difficulty sleeping that night. And I did. 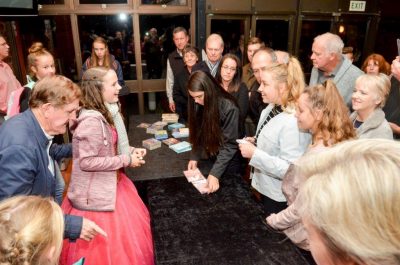 Close encounters with rarefied genius have that effect on me. I may never sleep again.