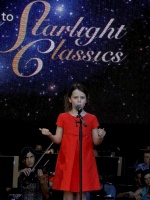 It took some time and effort, but finally we succeeded to obtain the video material of Amira’s very first international performance, during the Starlight Classics Concerts held at the Vergelegen wine estate in Somerset-West, South-Africa. Read more
No comments

And once again Amira’s interpretation of O Mio Babbino Caro caused a frenzied crowd and a standing ovation. This happened in Magdeburg (Germay), where she gave a sparkling performance in the saturday-evening TV-show Willkommen bei Carmen Nebel, which was broadcast live by both ZDF in Germany as well as ORF in Austria.

With this fabulous performance, interview and her recent album release in Germany, Amira now is definitely gaining foothold at our eastern neighbours. 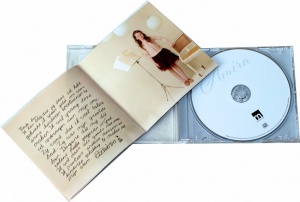 If you checked out Amira’s debute album Amira at Bol.com or have bought it by now, you might have seen it: the AmiraFans review, which we already submitted on April 4th. For the ones among you who still need to be convinced to purchase a copy of the CD, please find below the official AmiraFans review of Amira’s first CD. Read more
No comments

Surprise! Only a week before Amira’s planned appearance at Carmen Nebel’s TV show on June 7th, she suddenly appears in a special edition of Die Ultimative Chart Show from RTL Television. Not with an opera song, but with a cover of ABBA’s I Have A Dream. At the eve of her breakthrough in Germany, Amira shows here -being young and very brave- that she dares to experiment!

Amira I Have A Dream