On Saturday, March 22nd 2014, opera talent Amira Willighagen (9) received the first copy of her debute CD Amira -which was recored in February- out of the hands of her idol -and fan- Gordon (chairsman of the Dutch Holland’s Got Talent jury).

The presentation of the CD took place in Artis Zoo. AmiraFans was there and made this video report with the title Amira’s First, as a souvenir for Amira and for all fans to enjoy this special day!

UPDATED on April 24th: Added English subtitles to the video.

During the album release party on March 22nd, on the occasion of the release of Amira’s debute album, the young opera singer received the first copy of her album from none less than her idol -and fan- Gordon, who’s the chairsman of the Dutch Holland’s Got Talent jury. AmiraFans was made this video for all fans to enjoy.

Sorry, no subtitles in this video yet. However, this is an excerpt of the video report about the album release party, which does have English subs sincs April 24th.

On March 22nd, Amira Willighagen received the first copy of her debute album  Amira out of the hands of her idol -and also big fan- Gordon, who’s chairsman of the Dutch Holland’s Got Talent jury.

On top of that, Netherlands’ youngest opera talent also performed for the present at her own party. Amira sang the beautiful Voi Che Sapete from Mozart’s opera Le Nozze Di Figaro. 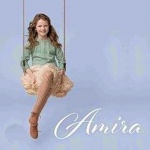 Well, finally we know which beautiful tracks have been recorded for Amira’s debute album -which is titled “Amira”-. Now we’ll only need to count down until we can enjoy them… Read more
No comments

On Saturady March 22nd, Amira will present her very first CD in one of Holland’s most well-known zoos.

Amira’s album, on which her favourite aria’s have been supplemented with a rich selection of classical compositions, was recorded last month in England. The 9-year-old opera singer said in an interview for regional broadcaster Omroep Gelderland that she’s very satisfied about the result.

The ‘duet’ which appeared on YouTube earlier and where Amira performed Nessun Dorma together with the late Luciano Pavarotti, will not be on the CD, says Amira’s father Gerrit to AmiraFans. De recording work for the CD had already finished in February and the ‘duet’ originated during Amira’s appearance in the Complimentary Breackfast radio show on Jacaranda FM, during her visit to South-Africa.

The album release party, which is only inteded for the press, media and some other invited, will be a big party according to Amira. Unfortunately they can’t release balloons, which would be too much stress for the animals. 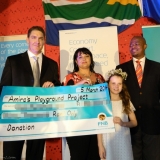 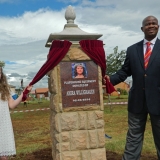 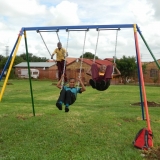 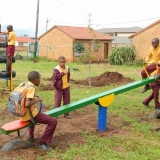 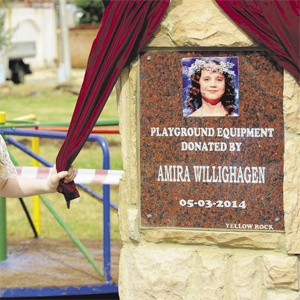